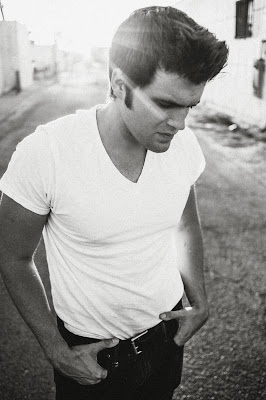 "Rod Melancon can't miss - he writes great songs, sings like a bird, and looks like a young Elvis. I don't know exactly what it is, maybe reincarnation, maybe fate, maybe destiny, but while I may not know what it is, I know it when I see it. He's got star quality, and he's fairly steeped in it. He was born into this." ~ Rock Guitar Daily, May 2013

I said it then, and I'll say it again - Rod Melancon is amongst the finest singer/songwriters on the American music scene. His second long player, Parrish Lines, will be released on March 4, 2014 on Medina River Records, and as the title implies, his writing comes straight from his upbringing in rural Louisiana. Produced by Brian Whelan, most recently seen with Dwight Yoakum's band, the album finds Melancon continuing his trek towards a more rocking' version of his country roots that began last year with the Dave Cobb produced, Mad Talkin' Man EP.

When I first agreed to talk with Rod, it was me buying a product sight unseen. He came so highly recommended that I agreed with no prior knowledge - and to be honest, I thought I had stepped into a mess. He was so handsome and so well presented that I thought he was a pre-packaged, Hollywood designed, reality show product, and I cringed and bit my lip. However, a deal is a deal, so I dove in - I had to admit - the bio was intriguing, and when I put on the records when they arrived, I realized that I had made the age old mistake of judging the book by its cover. Rod Melancon turned out to be the best singer/songwriter I've heard in ages. The writing is timeless, his voice is outstanding, and he's managed to surround himself with some fantastic players on both outings. 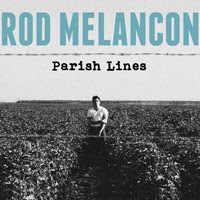 Join us live at 8 pm EST on LA Talk Radio (www.latalkradio.com), or listen later on the archive, but don't miss this one - it promises to be one of those moments that will be remembered for years to come. Rod will tell the tale, and grace us with a few tunes live in the studio. This week on Rock Ain't Near Dead.
Posted by Tony Conley at 3:00 PM